Mesothelioma is a brutal disease. What's worse is that mesothelioma has only one cause: exposure to asbestos, which is commonly used in construction materials and industrial settings as insulation. Companies have a responsibility to make sure that their workers are kept safe from asbestos exposure; however, many don't discover their employer's mistake until decades after the fact.

At Boling Law Firm, your case's obstacles don't deter us. We have fought for people like you in Louisiana Courtrooms. We know what it takes to investigate, litigate, and win your case—and it costs our clients nothing to talk to us. Many of our clients didn't think they had a case until they reached out to us, so call us as soon as possible. We will come to you.

Who Is at Risk?

Anyone who lives, works, or visits Louisiana may be at risk of asbestos exposure at their workplace, in public buildings, or even in their homes.

Asbestos Use in Louisiana Work Environments

Located on the Gulf Coast, much of Louisiana's culture and livelihood is rooted in the state's proximity to the ocean and the endpoint of the country's largest river.

Louisiana has a long history with offshore oil drilling and oil refineries, both of which have historically contained a lot of asbestos to prevent and contain any possible fires that might break out. Some of the biggest oil companies in the world have maintained facilities in Louisiana, including BP Amoco, Citgo, Shell Oil, Exxon, Tenneco, Murphy and Texaco, each of which has contributed to asbestos exposure for their employees.

Louisiana is naturally a great location for the construction of shipyards, and throughout U.S. history the state has certainly seen its fair share of boat construction and repair. Perhaps the most notable shipbuilding companies in the state is Avondale Shipyards, which was home to multiple locations throughout Louisiana, including, Westwego, Bayou Black, Algiers, and New Orleans. Other Louisiana ship manufacturers that have been known to expose their workers to asbestos include Bollinger Shipyard, Higgins Industries, Equitable Shipyard, Trinity Industries and Todd Shipyard.

In 1987, a research study on cement plants in Louisiana showed elevated rates of cancer among workers in those facilities. In particular, some of these cement companies used amphibole asbestos, while others used “white” chrysotile asbestos as their primary ingredient. Most manufacturers of asbestos cement switched to the latter after 1960, but since both types of asbestos can lead to the development of mesothelioma, this switch still led to many employees being exposed to the deadly substance.

Sugar has been a staple of Louisiana for at least 200 years, but sadly the production of this important crop has also led to asbestos exposure for many individuals, given the amount of the deadly material used in harvesting it and producing sugar products. Companies like the Domino Sugar plant in Chalmette, Colonial Sugar in Gramercy, and Imperial Sugar, and Alma Plantation all have verified asbestos exposure cases.

Given its premier location as a coastal state on the Gulf of Mexico, Louisiana has been home to many shipyards over the centuries where shipbuilders and workers have been exposed to asbestos.

The home shipyard is located in Avondale, LA, with enormous wharves, launch ways, and even a 900-foot floating dry dock/launch platform where the company has built and repaired a variety of ocean-going vessels since it was first opened in 1938. An innovator in ship design, Avondale was one of the first companies to successfully develop a modular design technique to rival Japanese shipbuilders, and throughout the mid-20th century, the company built a broad range of both commercial and naval ships in its home facility as well as locations near Algiers, Bayou Black, New Orleans, Westwego and Avondale. Unfortunately, during this period many (if not all) ships used asbestos in heavy amounts to stop shipboard fires from spreading, exposing many shipwrights, insulators, tackers, pipefitters, welders, laborers and repair workers to the dangerous material.

This family-owned shipyard started with a single facility at Lockport in 1946, eventually growing to encompass eight sites across Southern Louisiana. These shipbuilding sites focus mostly on mid-size and inland boats, although it has also built some larger vessels, such as the U.S. Army Barge Derrick. While these smaller boats might contain less asbestos than larger ships, there is no safe level of exposure, and many workers who built and repaired the vessels are at a high risk of developing mesothelioma as a result. The Bollinger family also owns a number of related businesses which may have exposed workers to asbestos, including the Bollinger Electric Shop (New Orleans), Bollinger Fourchon (Port Fourchon), and Bollinger Marine Fabricators (Amelia).

The company's biggest claim to fame is its development of the “Higgins boat,” an amphibious vessel that was used heavily on D-Day to help Allied forces land in Normandy, France. Higgins built many other naval boats, including PT boats, an airborne lifeboat, and the A-1 lifeboat, among others. The shipbuilder's involvement in the war effort of World War II jumpstarted it from being a small producer of draft boats designed for the shallow marshes of Louisiana to becoming a major employer with more than 20,000 employees by 1943 when the U.S. ramped up its involvement in the worldwide conflict. Sadly, most of those employees were exposed to asbestos during the course of their work, as the material was heavily used in wartime ship insulation and components.

Delta Shipbuilding Company was one of the original nine emergency yards, built in 1941 with 6 ways, with $13mm from the USMC.  It employed thousands of people during World War II.  Its 6 ways were increased to 8 in the third wave of shipbuilding expansion.  The shipyard site is on the west bank of the Industrial Canal in New Orleans, extending from Gentilly Road to Florida Avenue. During the corporation's most rapid period of growth, it was responsible for the asbestos exposure of potentially hundreds of thousands of employees. 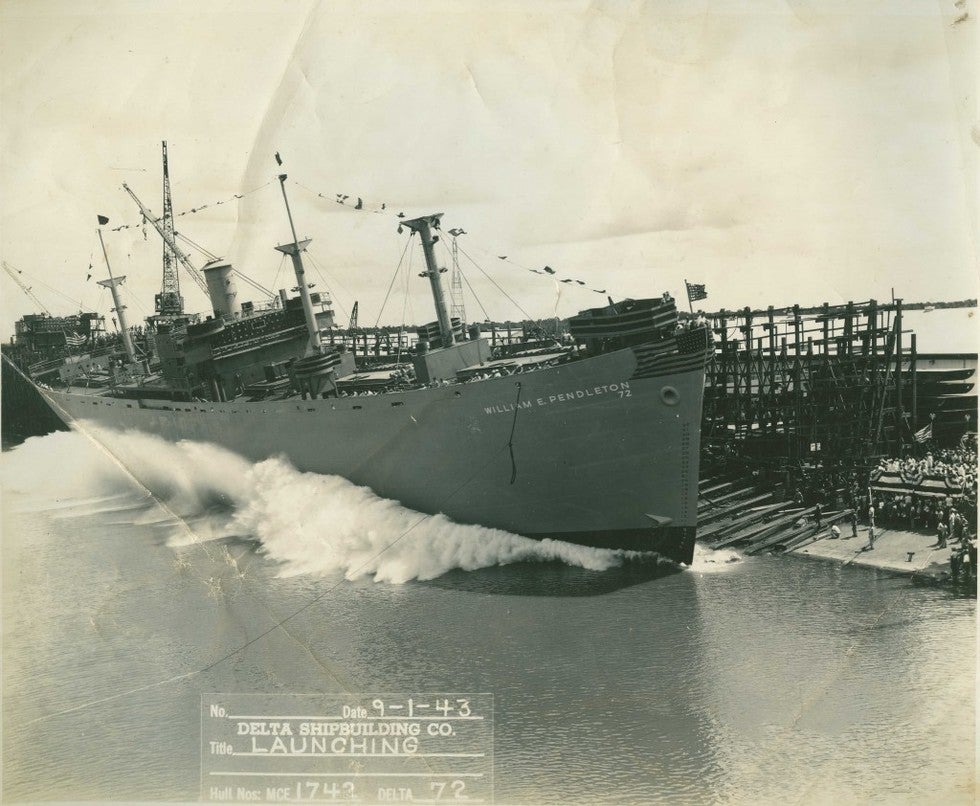 Asbestos contamination threatened the health of residents in neighborhoods throughout the  Westbank area. To remove the threat, the EPA investigated more than 2,000 locations suspected of containing asbestos. The project cost about $17.5 million. Environmental Protection Agency Westbank Cleanup

EPA's community outreach and education about the contamination generated outstanding public response. The Louisiana Department of Environmental Quality assisted with informing the public and gaining access to several properties.

Asbestos containing material was found at 1,378 sites in Bridge City, Westwego, Marrero, Harvey, Gretna and Algiers. Cleanup and restoration has been completed at 1,267 sites.

During the 1940s, 50's and ‘60s, the Johns-Manville plant in Marrero, La., disposed of some production waste by providing asbestos containing material to area residents, who used the material to construct driveways and sidewalks at their homes, as well as for fill material.

Over the years, ordinary activities such as walking, driving, lawn maintenance and natural weathering caused the material to deteriorate. Deterioration can cause ACM to turn into powder, allowing asbestos fibers to become airborne.

A number of schools, daycare facilities and even a drive in movie theatre in Gretna, Marrero and Harvey were identified as containing asbestos. Hundreds of Westbank residents have contracted mesothelioma, asbestos related lung cancer, and asbestosis due to this.