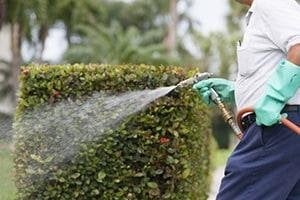 Roundup is the most widely used herbicide in the world as a weed-killer. It is used on lawns, gardens, parks, playgrounds, and more. More than $6 billion in revenue is generated every year for its manufacturer, Monsanto. Over 250 million pounds are sprayed each year by this weed and grass killer.

The problem with this weed killer is glyphosate, the main ingredient of this pesticide. Many scientists believe glyphosate causes an increased risk for the development of certain forms of cancer, including non-Hodgkin's lymphoma (NHL) and hairy cell leukemia. The World Health Organization (WHO) declared it a "probable human carcinogen" due to the ingredient glyphosate.

At first, the science behind this was unclear. Monsanto's lawyers hoped judges would seize on some scientists' belief that the long-term consequences of Roundup exposures are hard to quantify.

What Are the Side Effects of Glyphosate Use?

The most serious side effect of exposure to glyphosate is cancer - non-Hodgkin's Lymphoma (NHL), leukemia, and B-cell lymphoma (mantle cell lymphoma or MCL).

Farmworkers are said to be the most at-risk class for developing NHL, which is cancer that can start anywhere in the body from white blood cells in the immune system. (For context, the American Cancer Society expects 74,000 Americans to be diagnosed with NHL in 2019.)

Certainly, anyone using this product is potentially at risk. But landscapers, gardeners, groundskeepers, and farmers are most likely to have the most significant exposure to these pesticides.

In September 2003, researchers conducted a study of 3,400 farmworkers in the Midwest. The Journal of Occupational and Environmental Medicine published an article questioning the safety of glyphosate, finding that higher rates of non-Hodgkin's lymphoma are associated with glyphosate exposure. That was 17 years ago.

A research article published in the International Journal of Environmental Research and Public Health focuses on systematic reviews and analysis of over 30 years of research on the relationship between NHL and occupational exposure to an agricultural pesticide. It found a "striking increase" in the incidence of non-Hodgkin lymphomas in the last 30 years.

Further, the article finds that farmers tend to have low overall mortality rates but high rates of some cancers, which the agrochemical exposure may explain. Most importantly, it confirms that glyphosate exposure, in particular, is positively associated with a common sub-type of NHL, B-cell lymphoma.

In 2015, a report from the International Agency for Research on Cancer (IARC), a division of the WHO, finds glyphosate to be "probably carcinogenic" and causing cancer in lab tests on animals and damage to DNA in human cells.

Now keep in mind that source here. This is the WHO. It is not plaintiffs' lawyers with a financial incentive to blame these pesticides for cancer. The WHO has taken some hits for its handling of COVID. But it is still one of the most respected health organizations in the world.

How Do I Get a Roundup Lawyer?

If you or a loved one has been newly diagnosed with cancer from these pesticides, call our lawyers today at 1 (800) 799-7914 or get a free, no-obligation case review by contacting us. Our Roundup attorneys can give you the legal advice you need and our lawyers will help you in any way that we can.