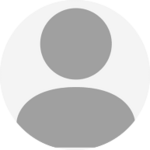 Upon graduation from law school, Ben served as a judicial law clerk to the Honorable Chief Judge Christopher J. Bruno of The Orleans Parish Civil District Court. Following his clerkship, Ben worked for a large national Plaintiff's law firm managing a docket of toxic tort cases and complex high dollar personal injury cases. While doing so, Mr. Rumph helped to secure millions of dollars in settlements and verdicts for his clients, handling all aspects of litigation.